The latest Omicron sub-variant BA.2.75, first detected in India in June, is not dangerous as "hyped" as it is not surging cases or death rates, according to global health experts. 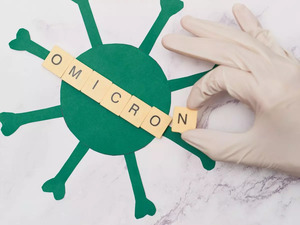 Data from Nextstrain, an open-source platform, showed that BA.2.75 has been detected from about 10 states in India and about 14 other countries including Japan, Germany, the UK, Canada, the US, Australia, and New Zealand.

The sub-variant was dubbed to be dangerous, and was nicknamed as 'Centaurus' by Twitter users, irking several scientists.

"I disagree that BA.2.75 or Centaurus is of concern. In spite of media & Twitter hype," Tulio de Oliveira, Director at Centre for Epidemic Response and Innovation (CERI) in South Africa, said in a tweet.

It is because the sub-variant has led to "very low increase of cases and deaths in India", said de Oliveira led the team of scientists who discovered the Omicron variant of Covid.

"B.2.75 is not increasing in prevalence anywhere. There is also no data suggesting change in neutralisation or pathogenicity. Don't Believe the Hype!" he added.

Several experts including from the Bloom Lab at the Fred Hutch research institute in the US as well Imperial College London and Sheba Medical Center in Israel flagged the sub-variant as "alarming because it may imply a trend to come" and noted that it is "worth tracking".

According to the World Health Organisation's Chief Scientist Soumya Swaminathan, BA.2.75 appeared to have mutated in a way that could indicate "major immune escape".

She noted that it showed a "clear growth advantage" over other variants in India, yet she added "it is too early to know that this sub-variant has properties of being more clinically severe".

Eric Topol, a physician-scientist and professor of molecular medicine and director of the Scripps Research Translational Institute said that the spread of BA.2.75 is limited only to India.

"There are no signs of spread of BA.2.75 ("Centaurus") in any other country besides India, a place with minimal BA.5."

But, media reports quoted the Union Health Ministry saying that BA.2.75 has not yet caused a significant increase in infections in India.

Even experts at the Indian SARS-CoV-2 Consortium on Genomics (INSACOG) said it's too early to call BA.2.75 more severe. Although BA.2.75 has spread across several states, there is no clustering seen so far.

"BA.2.75 has certain mutations that have attracted global attention. However, from the limited samples available there are no reports yet of severe disease or excessive spread," Rajeev Jayadevan, Co-Chairman National Indian Medical Association Covid Task Force wrote on Twitter.