COVID-19’s highly transmissible omicron subvariants B.A.4 and B.A.5 drove South Africa’s fifth wave of infections and might offer clues to future outbreaks, experts say. The new variants spread faster than previous ones and caused a spike in hospitalizations in children under 9. 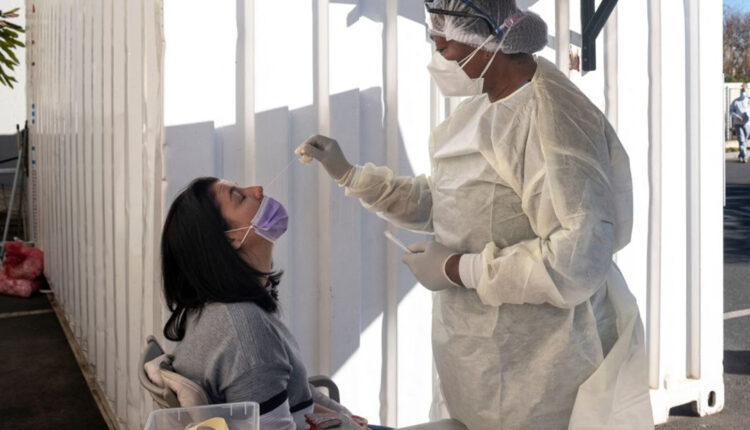 BA.4 and BA.5 showed a strong ability to reinfect people with immunity from previous infections, particularly if their infection was from earlier variants. Despite that, overall hospitalizations and deaths were a fraction of those posted in previous waves.

'These are the first signs that the virus is evolving differently,' Tulio de Oliveira, a bioinformatician at Stellenbosch University in South Africa, told Nature magazine.

Although the new viral offshoots typically cause milder forms of the disease, their highly transmissible nature still might stress health systems.

Jesse Bloom, a viral evolutionary biologist at the research center Fred Hutch, said the variants are better at avoiding antibodies, which lets them infect people with prior immunity.

Other experts say new variants might be able to dodge immunity because they have mutations that alter an amino acid called L452 that locks onto cells and enables infection, according to Science magazine.

'We can be certain that they’ll continue to be more and more capable of immune escape,' which could mean lower protection against severe disease, Anderson said. 'We need to focus on broadening our immunity.'

Researchers say that if COVID-19 keeps evolving on its current path, it could eventually resemble respiratory infections such as the flu. If that happens, immune-avoiding variants could drive new waves.

'It is probably what we should expect to see more and more of in the future,' Penny Moore, a virologist at the University of the Witwatersrand in Johannesburg, told Nature.

Experts interviewed by the magazine said they expect more COVID-19 surprises to come. The delta variant has not completely vanished and as immunity to omicron and its subvariants increases, a delta offshoot could fuel more waves. New COVID-19 variants seem to emerge about every six months.

'That is one way to read the patterns that have been observed so far,' Bloom told Nature. 'But I think we should be cautious in extrapolating general rules from a fairly short observation time frame.'

Although South Africa’s latest wave has receded, 15 other nations in Africa are grappling with fifth waves. Kenya and Mauritius are currently battling sixth waves.