BA.4 and BA.5 can easily break the immunity that was conferred by the earlier Omicron variants such as BA.1 and BA.2, says South African bioinformatics professor Tulio de Oliveira 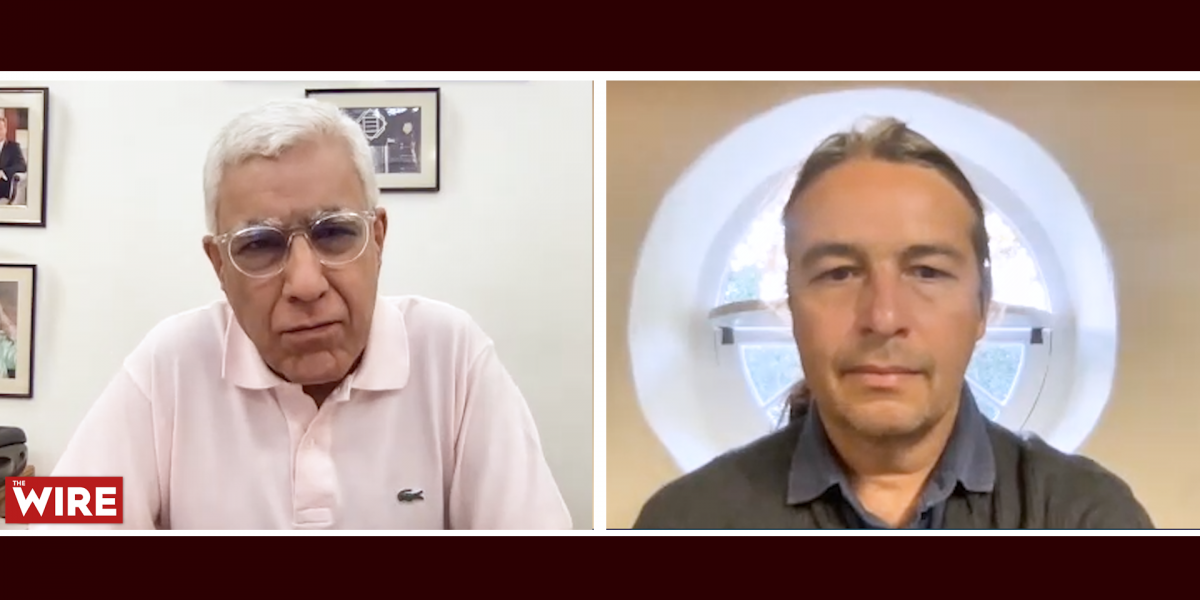 'It is quite clear South Africa has entered the fifth wave but it’s very different to Omicron BA.1,' says Tulio de Oliveira.

De Oliviera is a highly regarded professor of Bioinformatics at the Universities of KwaZulu-Natal and Stellenbosch, and the founder of the KwaZulu-Natal Research Innovation and Sequencing Platform. He is also a regular face on international television news channels like BBC, CNN and Al Jazeera.

The professor explained that whilst infections are 'spiking', hospitalisations and deaths are 'very low'. Fewer than 300 people are in ICUs right across South Africa and over 90% of COVID-19 beds in hospitals are empty.

In a 20-minute interview with Karan Thapar for The Wire, de Oliveira says South Africa’s extensive and effective genome sequencing programme means 'we know quite a lot already about BA.4 and BA.5', which are fuelling the present fifth wave in South Africa, particularly, in Gauteng, Western Cape and KwaZulu-Natal.

He says, 'All nine provinces (of the country) have detected BA.4 and BA.5'.

Those who are unvaccinated and whose only protection is from a previous infection of the original Omicron are susceptible to the BA.4 and BA.5, he says. In other words, BA.4 and BA.5 can easily break the immunity that was conferred by the earlier Omicron variants such as BA.1 and BA.2. This, he says, 'is the reason why it’s starting to fuel a wave in South Africa'.

On the other hand, de Oliveira has confirmed that people who are fully vaccinated and, in particular, also boosted, are not in danger from BA.4 and BA.5. Immunity from vaccination continues effectively against these two sub-variants.

The professor confirmed that many of the people who get infected by BA.4 and BA.5 remain asymptomatic but when there are symptoms, they are very mild.

As yet we don’t know whether BA.4 and BA.5 will surge elsewhere in the world. It’s possible they may not, he added.

Finally, at the end of the interview, de Oliveira says he does not agree with the view that there is an evolutionary progression in variants as we go from BA.1 to BA.2 through to BA.2.12 and BA.2.12.1 all the way to BA.4 and BA.5. Some people have observed that these sub-variants have become more infectious whilst the disease remains relatively mild.

De Oliveira says: 'I disagree that this is coming from the virus itself. I do agree that the disease is getting less severe. One of the reasons why the disease is getting less severe is because the population’s immunity has increased. If Omicron had emerged in 2020 it would be ten times more deadly than when it emerged at the end of 2021. What really has protected people from the development of disease is what people call population immunity – both from previous infection and vaccination as well as boosters.'