A Virus Variant by Any Other Name - Please

B.1.351 may sound sweet to a molecular epidemiologist, but what is the alternative, other than stigmatizing geographical names? News piece at NY Times highlighting our work with WHO on a new nomenclature system for COVID-19 variants 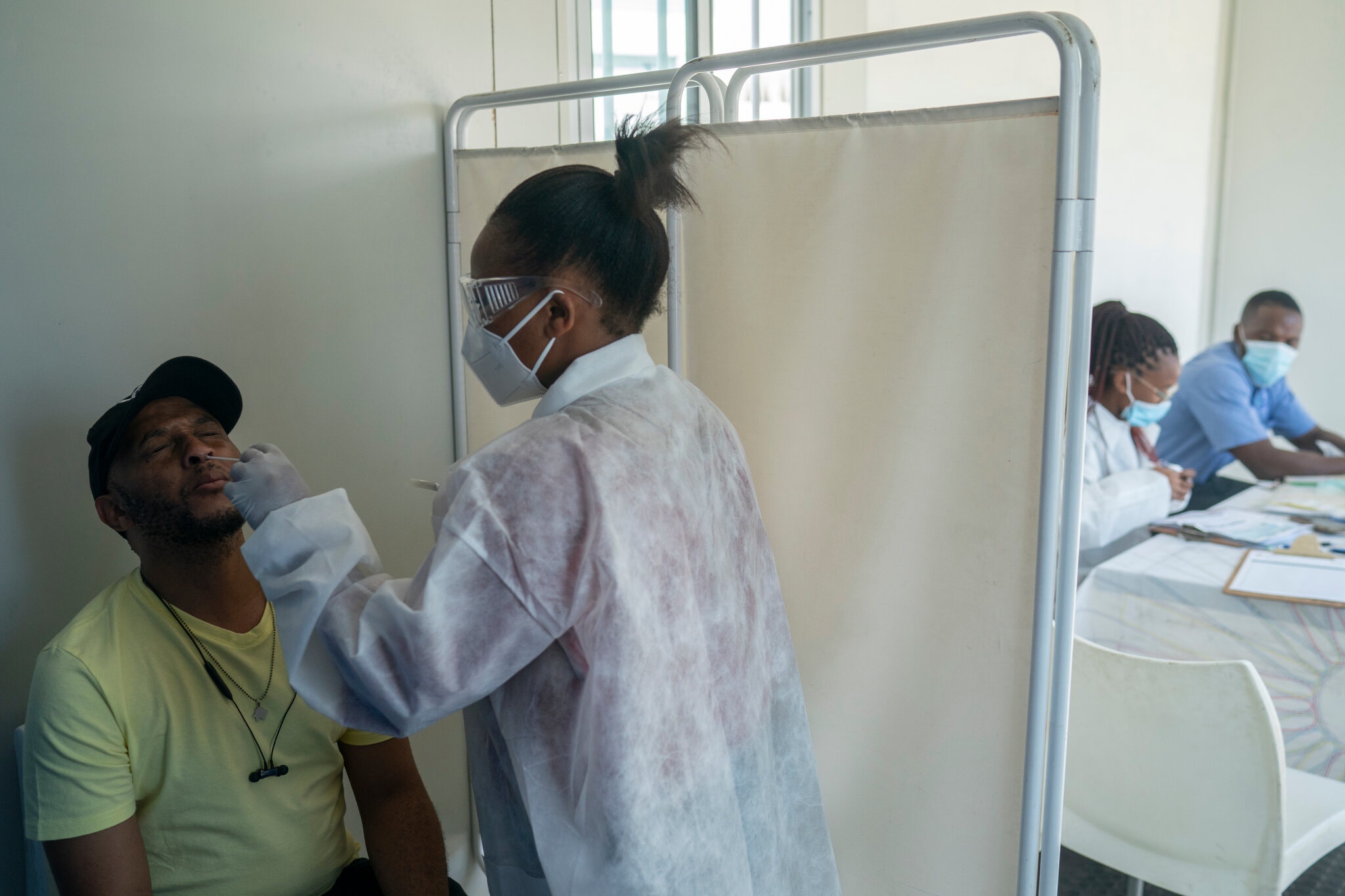 By Apoorva Mandavilli and Benjamin Mueller

Those were the charming names scientists proposed for a new variant of the coronavirus that was identified in South Africa. The convoluted strings of letters, numbers and dots are deeply meaningful for the scientists who devised them, but how was anyone else supposed to keep them straight? Even the easiest to remember, B.1.351, refers to an entirely different lineage of the virus if a single dot is missed or misplaced.

The naming conventions for viruses were fine as long as variants remained esoteric topics of research. But they are now the source of anxiety for billions of people. They need names that roll off the tongue, without stigmatizing the people or places associated with them.

'What’s challenging is coming up with names that are distinct, that are informative, that don’t involve geographic references and that are kind of pronounceable and memorable,' said Emma Hodcroft, a molecular epidemiologist at the University of Bern in Switzerland. 'It sounds kind of simple, but it’s actually a really big ask to try and convey all of this information.'

The solution, she and other experts said, is to come up with a single system for everyone to use but to link it to the more technical ones scientists rely on. The World Health Organization has convened a working group of a few dozen experts to devise a straightforward and scalable way to do this.

'This new system will assign variants of concern a name that is easy to pronounce and recall and will also minimize unnecessary negative effects on nations, economies and people,' the W.H.O. said in a statement. 'The proposal for this mechanism is currently undergoing internal and external partner review before finalization.' 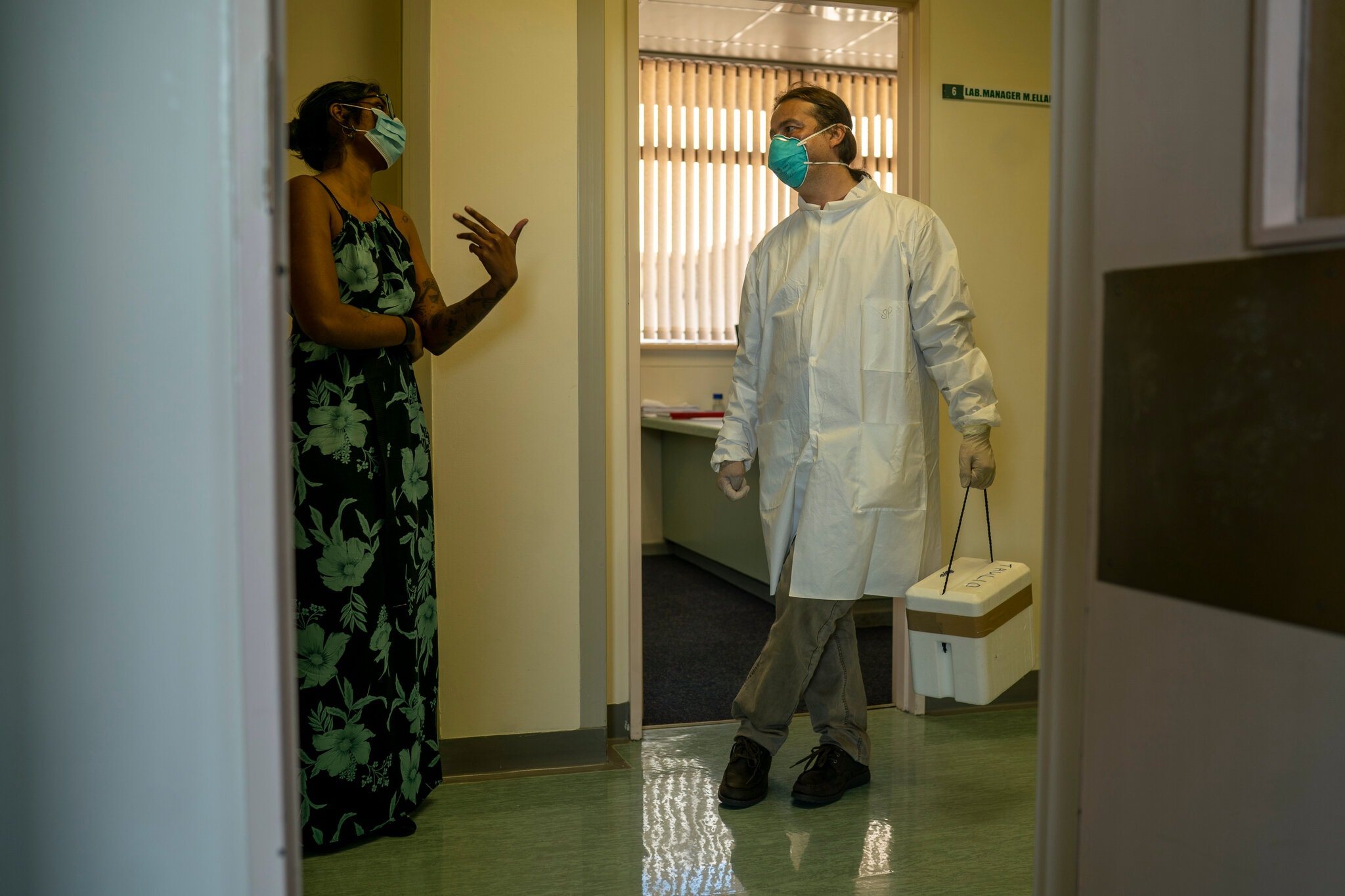 Prof. Tulio de Oliveira collected samples in January from a hospital in Durban, South Africa. 'We have to come up with a system that not only evolutionary biologists can understand,' he said.Credit...Joao Silva/The New York Times

The W.H.O.’s leading candidate so far, according to two members of the working group, is disarmingly simple: numbering the variants in the order in which they were identified — V1, V2, V3 and so on.

'There are thousands and thousands of variants that exist, and we need some way to label them,' said Trevor Bedford, an evolutionary biologist at the Fred Hutchinson Cancer Research Center in Seattle and a member of the working group.

Naming diseases was not always so complicated. Syphilis, for example, is drawn from a 1530 poem in which a shepherd, Syphilus, is cursed by the god Apollo. But the compound microscope, invented around 1600, opened up a hidden world of microbes, allowing scientists to start naming them after their shapes, said Richard Barnett, a historian of science in Britain.

Still, racism and imperialism infiltrated disease names. In the 1800s, as cholera spread from the Indian subcontinent to Europe, British newspapers began calling it 'Indian cholera,' depicting the disease as a figure in a turban and robes.

In 2015, the W.H.O. issued best practices for naming diseases: avoiding geographic locations or people’s names, species of animal or food, and terms that incite undue fear, like 'fatal' and 'epidemic.'

Scientists rely on at least three competing systems of nomenclature — Gisaid, Pango and Nextstrain — each of which makes sense in its own world.

'You can’t track something you can’t name,' said Oliver Pybus, an Oxford evolutionary biologist who helped design the Pango system.

Scientists name variants when changes in the genome coincide with new outbreaks, but they draw attention to them only if there is a change in their behavior — if they transmit more easily, for instance (B.1.1.7, the variant first seen in Britain), or if they at least partly sidestep the immune response (B.1.351, the variant detected in South Africa).

Encoded in the jumbled letters and digits are clues about the variant’s ancestry: The 'B.1,' for instance, denotes that those variants are related to the outbreak in Italy last spring. (Once the hierarchy of variants becomes too deep to accommodate another number and dot, newer ones are given the next letter available alphabetically.)

But when scientists announced that a variant called B.1.315 — two digits removed from the variant first seen in South Africa — was spreading in the United States, South Africa’s health minister 'got quite confused' between that and B.1.351, said Tulio de Oliveira, a geneticist at the Nelson Mandela School of Medicine in Durban and a member of the W.H.O.’s working group.

'We have to come up with a system that not only evolutionary biologists can understand,' he said.

With no easy alternatives at hand, people have resorted to calling B.1.351 'the South African variant.' But Dr. de Oliveira pleaded with his colleagues to avoid the term. (Look no further than the origins of this very virus: Calling it the 'China virus' or the 'Wuhan virus' fed into xenophobia and aggression against people of East Asian origin all over the world.) 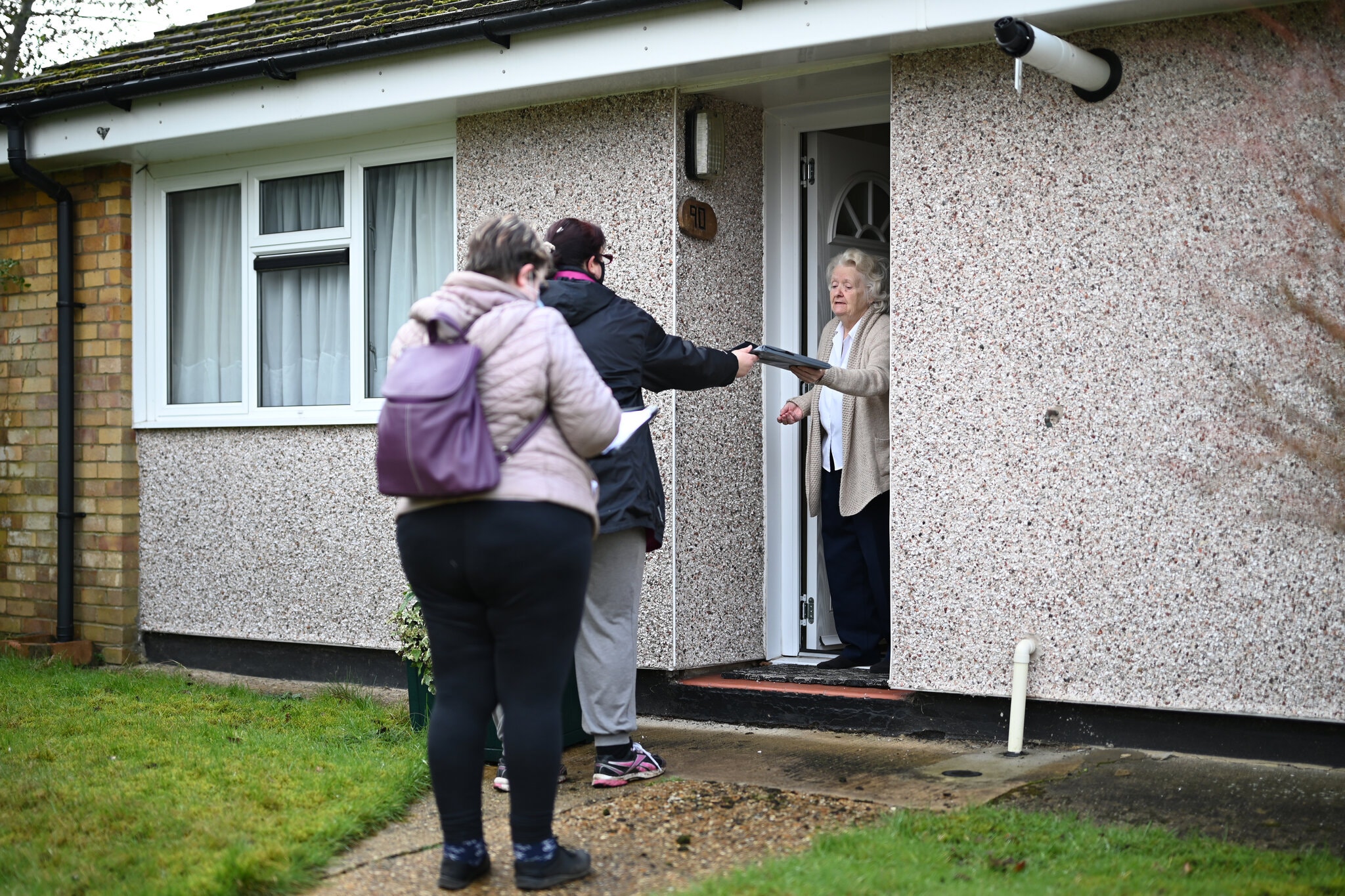 Volunteers delivering testing kits in Woking, England, last month, in an effort to track down a coronavirus variant found in the area.Credit...Leon Neal/Getty Images

The potential harms are grave enough to have dissuaded some countries from coming forward when a new pathogen is detected within their borders. Geographical names also quickly become obsolete: B.1.351 is in 48 countries now, so calling it the South African variant is absurd, Dr. de Oliveira added.

And the practice could distort science. It is not entirely clear that the variant arose in South Africa: It was identified there in large part thanks to the diligence of South African scientists, but branding it as that country’s variant could mislead other researchers into overlooking its possible path into South Africa from another country that was sequencing fewer coronavirus genomes.

Over the past few weeks, proposing a new system has become something of a spectator sport. A few of the suggestions for name inspiration: hurricanes, Greek letters, birds, other animal names like red squirrel or aardvark, and local monsters.

Áine O’Toole, a doctoral student at the University of Edinburgh who is part of the Pango team, suggested colors to indicate how different constellations of mutations were related.

'You could end up with dusty pink or magenta or fuchsia,' she said.

Sometimes, identifying a new variant by its characteristic mutation can be enough, especially when the mutations gain whimsical names. Last spring, Ms. O’Toole and her collaborators began calling D614G, one of the earliest known mutations, 'Doug.'

'We’d sort of not had a huge amount of human interaction,' she said. 'This was our idea of humor in lockdown No. 1.'

Other nicknames followed: 'Nelly' for N501Y, a common thread in many new variants of concern, and 'Eeek' for E484K, a mutation thought to make the virus less susceptible to vaccines.

But Eeek has emerged in multiple variants worldwide simultaneously, underscoring the need for variants to have distinct names.

The numbering system the W.H.O. is considering is straightforward. But any new names will have to overcome the ease and simplicity of geographic labels for the general public. And scientists will need to strike a balance between labeling a variant quickly enough to forestall geographical names and cautiously enough that they do not wind up giving names to insignificant variants.

'What I don’t want is a system where we have this long list of variants that all have W.H.O. names, but really only three of them are important and the other 17 are not important,' Dr. Bedford said.

Whatever the final system is, it also will need to be accepted by different groups of scientists as well as the general public.

'Unless one really does become the kind of lingua franca, that will make things more confusing,' Dr. Hodcroft said. 'If you don’t come up with something that people can say and type easily, and remember easily, they will just go back to using the geographic name.'

Apoorva Mandavilli is a reporter focusing on science and global health. She is the 2019 winner of the Victor Cohn Prize for Excellence in Medical Science Reporting. @apoorva_nyc

Benjamin Mueller is a United Kingdom correspondent for The New York Times. Before that, he had been a police and law enforcement reporter on the Metro desk since 2014. @benjmueller