Mutation reduces ability of antibodies to bind to virus and could make some shots less effective. 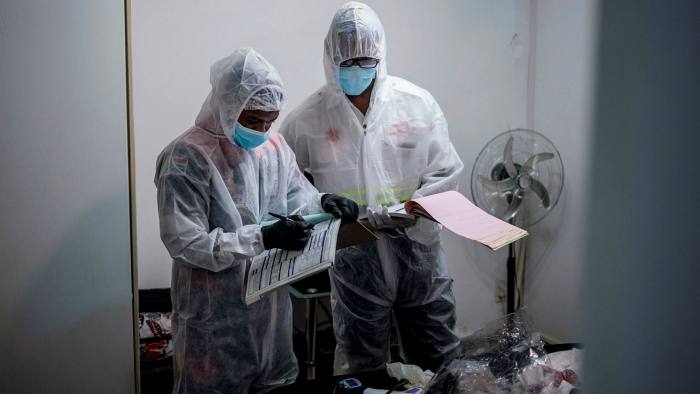 Paramedics assess a coronavirus patient in Johannesburg. Out of South Africa's 1.1m total confirmed cases to date, about 100,000 have been in the past seven days © Michele Spatari/AFP/Getty

The new coronavirus variant linked to a surge in Covid-19 cases in South Africa is not only more infectious than previous forms of the virus but could make some vaccines less effective.

Scientists racing to understand the new strain said they still expected the current crop of approved vaccines to work but were worried that a specific mutation, also identified in a new variant in Brazil, could affect the way the virus responds.

'At this moment, we think that a vaccine could be a little less effective,' Professor Tulio de Oliveira, of the University of KwaZulu-Natal, who is leading South Africa's scientific effort to understand the 501Y.V2 strain, told the Financial Times. '[But] between all the varieties of vaccines that are coming to the market, we still have strong belief that some of them will be very effective.'

The mutation in question, called E484K, changes the 'receptor binding domain' — a key part of the spike protein that the virus uses to enter human cells. This is also an important site at which neutralising antibodies induced by infection or vaccination bind to the virus.

A team at the Fred Hutchinson Cancer Research Center in Seattle has assessed the ability of antibodies taken from people previously infected with Sars-Cov-2 to neutralise various new strains of coronavirus.

Their study, released on Tuesday but not peer-reviewed, found that 'emerging lineages in South Africa and Brazil carrying the E484K mutation will have greatly reduced susceptibility to neutralisation by the?.?.?.?serum antibodies of some individuals'. However, the effect was much stronger in some people than others, the paper said.

Prof de Oliveira's team in South Africa have reached similar conclusions. 'This finding about antibody neutralisation was highlighted very strongly in our paper,' he said. 'There is a reason to be concerned.'

Prof de Oliveira added that his team had spent 'the last 15 days, working day and night, with the top laboratories in South Africa' and would release 'strong preliminary results' soon.

The 501Y.V2 variant emerged in August in South Africa's Nelson Mandela Bay in the Eastern Cape, before spreading to other provinces as the country's second wave of Covid-19 infections accelerated in recent weeks. Out of South Africa's 1.1m total confirmed cases to date, about 100,000 have been in the past seven days.

Coronavirus variants are emerging around the world as Sars-Cov-2 passes between tens of millions of people. On average, the virus accumulates about two mutations per month but it can change more quickly under some circumstances — for example within an individual who has a suppressed immune system and remains infected for many weeks. 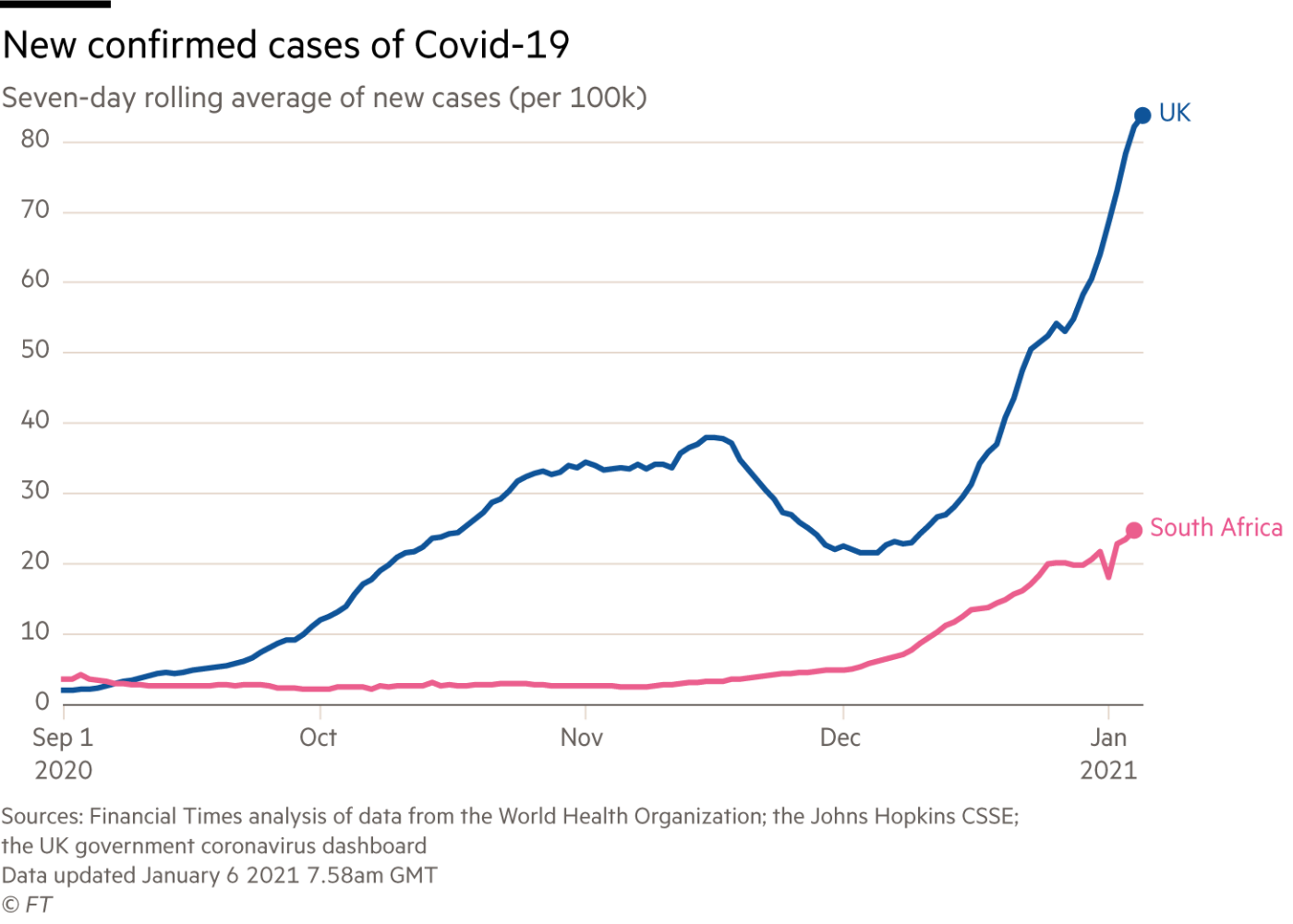 The South African and Brazilian strains share several mutations with the fast-spreading B.1.1.7 variant in the UK, which made its first known appearance in Kent in late September. But B.1.1.7 does not have the E484K mutation.

For this reason, 'most scientists with a view on these variants are more concerned about the South African one than the Kent one,' said Francois Balloux, director of the University College London Genetics Institute.

Matt Hancock, the UK health secretary, has expressed concern about the South African variant on several occasions saying on Monday that he was 'incredibly worried'.

Prof de Oliveira described Mr Hancock's comments, which were perceived by some in South Africa as an attempt to deflect attention from the UK, as 'very unfortunate'.

'We are really trying our best to see if that politicisation can decrease,' he said. 'We are working very closely with British scientists. We have been exchanging data and knowledge on an almost daily basis on the scientific front. Our job as the global scientific community is to try and de-escalate that kind of tension.'

The UK and South Africa — unlike most other countries — have conducted extensive genomic sequencing throughout the pandemic, enabling health officials to track mutations quickly. This could mean that other more infectious variants are already spreading in other countries undetected.

So far, no new Sars-Cov-2 variant is known to cause more severe disease than the original virus that emerged in China at the end of 2019, but more rapid rates of transmission have piled greater pressure on hospitals and health systems.

'The main take-home message is that we should not be playing with this virus by letting it transmit for so long,' said Prof de Oliveira. 'More than ever, this is a global problem and we should be looking for a global coalition to respond.'