Experts worldwide are urgently studying three coronavirus variants to understand what risks they pose. One variant first identified in the UK, one in South Africa, and one in Japan are probably more contagious than the original strain. They have caused cases to surge and the three nations to lock down. Here are nine key questions about the variants, answered. 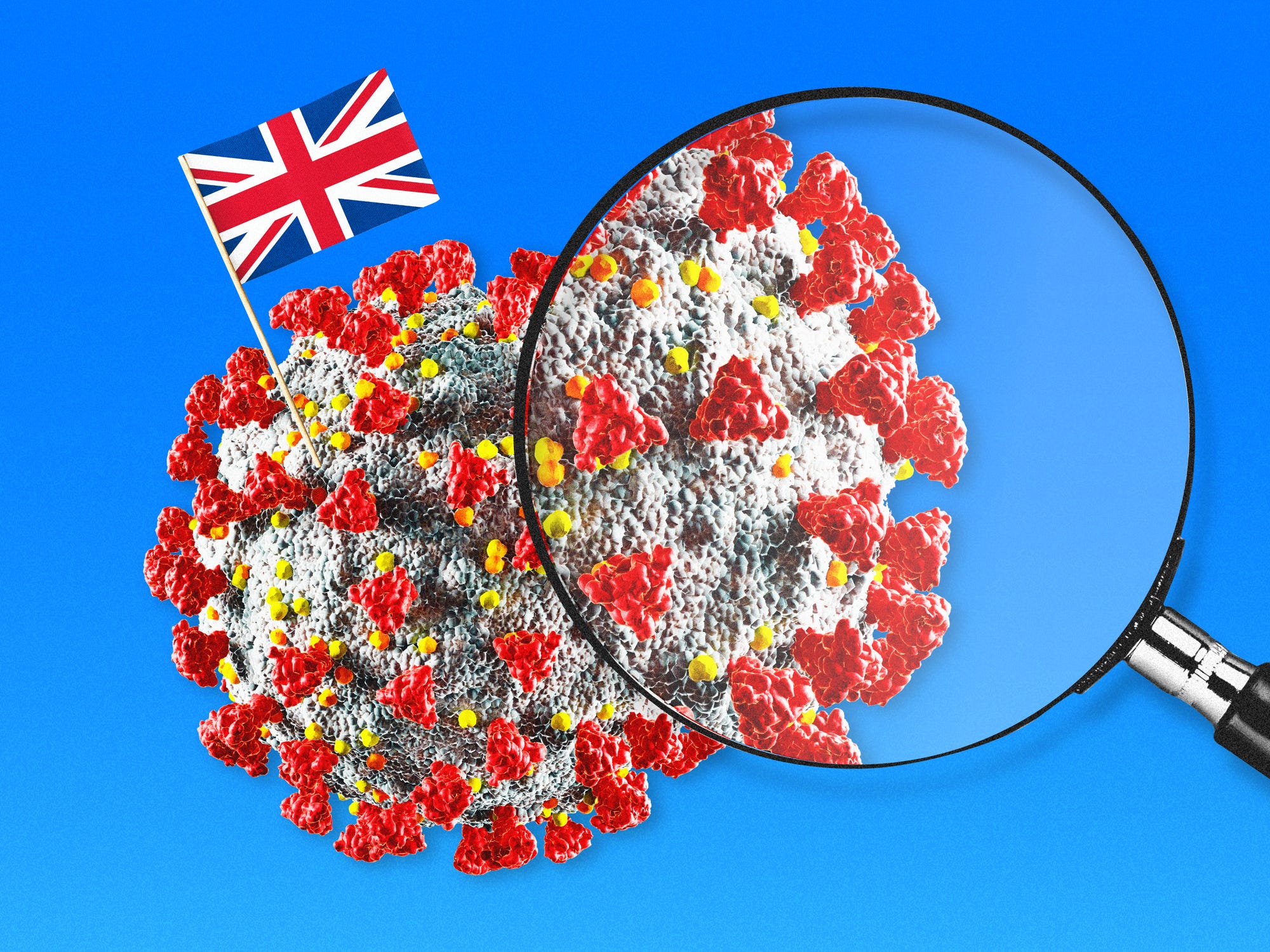 Experts are urgently investigating three different coronavirus variants — first identified in the UK, South Africa, and Japan — that have caused explosive outbreaks and are spreading around the world.

UK healthcare services risk becoming overwhelmed within weeks as the number of new infections surges. Certain hospitals in London have already run out of oxygen, essential for keeping people with coronavirus alive.

Japan, meanwhile, has declared a state of emergency in Tokyo amid rising cases of the variant, which was brought into the country by travelers from Brazil, and the variant is spreading in Brazil too. South Africa tightened its lockdown restrictions on December 29 because of a variant causing cases to spike.

Often, small genetic changes that a virus makes when it replicates, called mutations, don't affect its behavior. But these three coronavirus variants, each evolved separately, appear to have developed similar characteristics that affect how they spread.

With information frequently changing, we've compiled a list of everything we know so far about the variants, answering nine key questions, such as whether vaccines work on them and whether they've spread to the US.

Here's what we know so far

The information available about the variant identified by the Japanese authorities, called P.1, is limited to its genetic make-up, and so has been excluded from certain questions.

The variants were first detected in the UK, South Africa, and Japan

B.1.1.7 was first detected in two people in south-east England. It was reported to the World Health Organisation (WHO) on December 14.

B.1.17 has been identified in 51 countries worldwide, including the US.

501.Y.V2 was first detected in Nelson Mandela Bay, South Africa, in samples dating back to the beginning of October 2020. It was reported to the WHO on December 18.

The UK identified two cases of 501.Y.V2 on December 22, in people who had come into contact with someone who had traveled from South Africa.

The variant found in Japan was first detected in four people, who had traveled from Brazil on January 2. It was identified by the National Institute of Infectious Diseases on January 6, and reported to the WHO that weekend.

It is not known how far it's spread.

Wendy Barclay, professor of Infectious Diseases at Imperial College London told the Science Media Centre on January 15 that there are other variants that may have originated in Brazil. Some of these have reached the UK, she said.

The variants are more contagious

The B.1.1.7 variant, first found in the UK, is thought to be 30% to 50% more contagious than other forms of the virus, according to Public Health England estimates. This means it is 30-50% better at spreading from person to person than other coronavirus variants.

501.Y.V2 is thought to be more contagious than other variants, because it has become the most common strain in people with COVID-19 in South Africa.

It's not known precisely why the variants are more contagious

Research is ongoing, but working theories are that both variants have changes in the spike protein, meaning they could infect cells more easily. The swabs of people infected with B.1.1.7 and 501.Y.V2 also appear to have more viral particles than the original virus, known as a higher viral load. The more viral particles an infected person expels, the more likely they are to infect others.

The variant first found in South Africa — 501.Y.V2 — has been shown in early lab studies to sometimes avoid antibodies, produced by the body to fight off infection. If this happens in humans, it could mean it infects people more easily and could increase the likelihood of catching coronavirus more than once.

A mutation called E484K could be responsible for this — the variant from Brazil identified in Japan has it too. B.1.1.7, the variant first found in the UK, doesn't have this particular mutation. 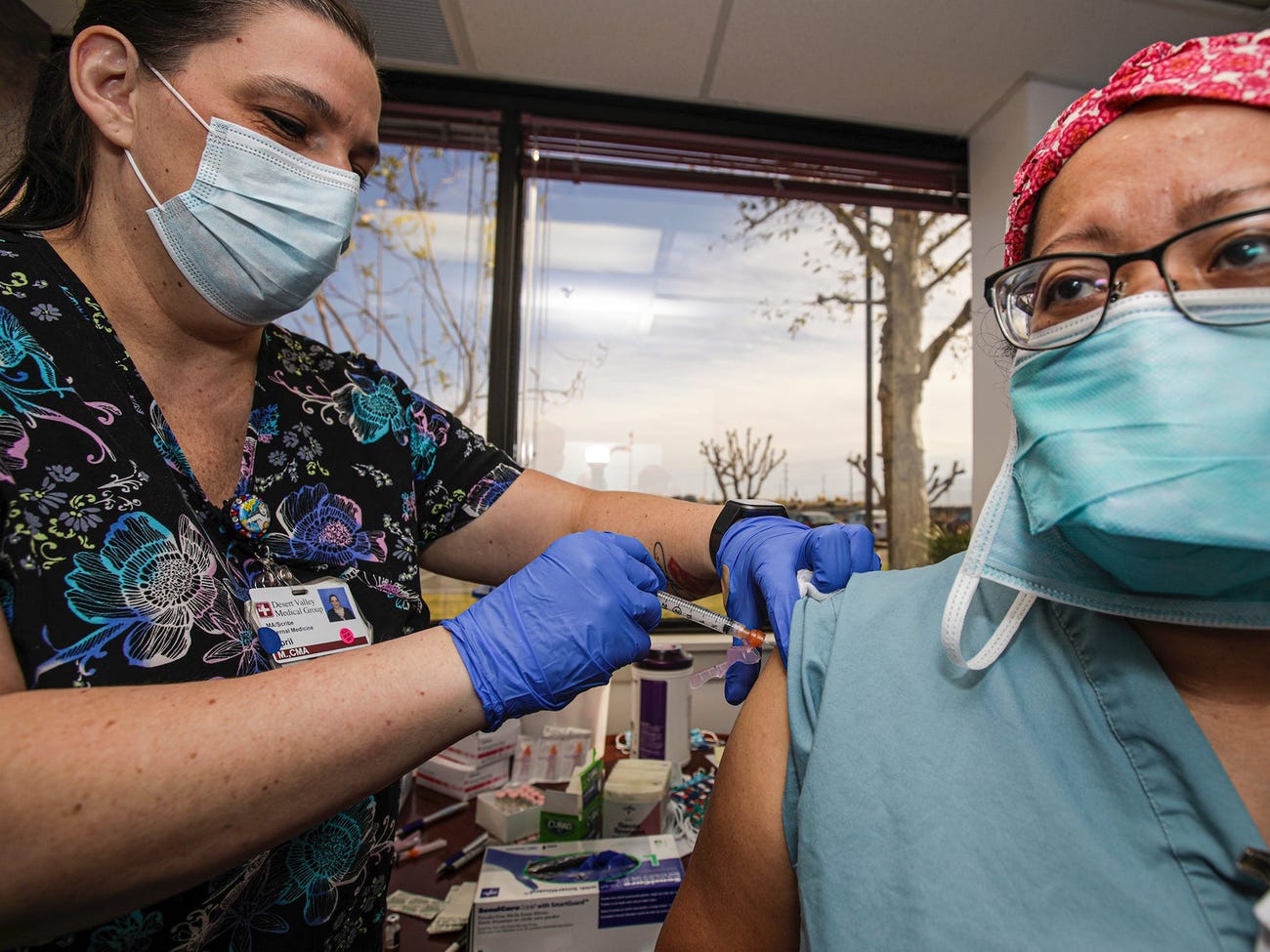 They're probably not more deadly

The variants at present do not seem to cause more severe disease, the WHO said on January 11. However, a more contagious variant could cause more deaths, because more people get sick.

Adam Kucharski, an associate professor at the London School for Hygiene & Tropical Medicine, has explained to Insider why the ability to spread more easily could make the variant more dangerous than a deadlier strain.

The WHO has said that because the variants are more contagious, everyone should double down on precautions that stop their spread, such as social distancing, hand-washing, mask wearing, and avoiding crowds.

'Human behavior has a very large effect on transmission — probably much larger than any biological differences in SARS-CoV-2 variants', Paul Bieniasz, a virologist at the Howard Hughes Medical Institute, previously told Insider.

It is too soon to know for sure, but it appears unlikely that the mutations will render vaccines totally useless.

The vaccines available all target the coronavirus spike protein. The spike protein has multiple sites that all cause different immune responses in the body. Mutations could affect some of the sites, but are unlikely to affect all of them.

Existing vaccines could also be updated and tailored to a new variant within weeks or months.

Pfizer said January 8 that its vaccine should work against variants that contain certain mutations, after testing on a lab-made variant. The variant, however, was not the exact variant found in the UK or South Africa.

Experts think the COVID-19 vaccines from Pfizer-BioNTech, Moderna, and AstraZeneca will protect people against the B.1.1.7 variant found in the UK.

Studies suggest that the variant can escape some antibodies in the lab — researchers don't yet know how, or if, this will affect how well vaccines work in people.

Tulio de Oliveira, who is leading South Africa's scientific effort to understand the variant, told the Financial Times that his group thinks a vaccine could be a little less effective, but is optimistic. 'Between all the varieties of vaccines that are coming to the market, we still have strong belief that some of them will be very effective', de Oliveira said.

Experts have said that the B.1.1.7 variant could affect kids more than previous variants, but evidence is still emerging.

There is also anecdotal evidence that a larger proportion of healthy young people have been showing up at South African hospitals with severe COVID-19.

There is no evidence currently to suggest the B.1.1.7 mutations mean that COVID-19 treatments are less effective against this variant.

Scientists think that a mutation found in the variant first identified in South Africa could mean that certain antibody drugs do not work as well.

But dexamethasone, a steroid, would probably still work just as well.

In the US, 76 cases of B.1.1.7 — the variant first found in the UK — have been identified, according to the CDC. The variant has been found in multiple US states, including New York, Florida, and California. Experts believe it had been circulating in the US for several weeks.

No known cases of 501Y.V2, the variant identified in South Africa, have been detected in the US.

This could simply be because genetic sequencing isn't sufficiently widespread.

There are no known cases of P.1, the variant from Brazil first identified in Japan, in the US.

There is a new variant, identified in Ohio

A new variant, called COH.20G/501Y, was identified by scientists in Ohio on Wednesday. It has one mutation that is identical to B.1.1.7, The Ohio State University said. Researchers think that it evolved separately to B.1.1.7 and 501Y.V2. It's not yet known how many people have the strain.

'It's important that we don't overreact to this new variant until we obtain additional data', said Peter Mohler, study co-author and chief scientific officer at the Ohio State Wexner Medical Center.