Three ‘detectives', a virus and the patient who infected an entire hospital | Future Planet

Durban, South Africa, March 9. A man goes to the emergency room of the San Agustín hospital. He coughs, his head hurts. They admit him and share a stay with a woman who has had a heart attack. That man has just come from Europe, the lady lives in a nursing home. 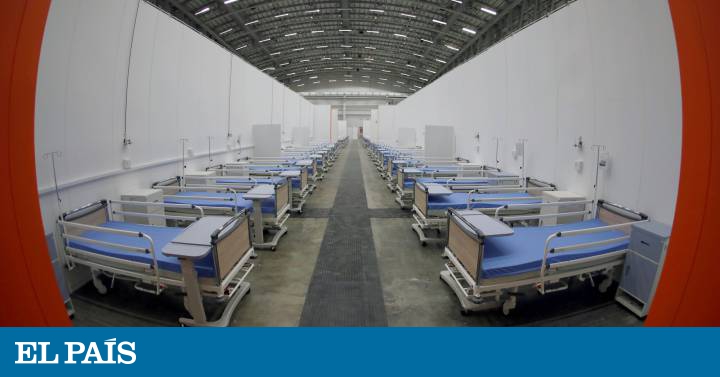 It had only been four days since the country had confirmed its first covid-19 positive, and it was two days before the World Health Organization declared the pandemic. Less than a month later, the virus had been detected in 13 people inside that hospital and killed three, one of them, the woman with the heart attack. Professor Salim Abdool's phone rang. It was the national health department.

On April 4, three disease detectives showed up at the building. Professor Salim Abdool had commissioned the task from Richard Lessells, Yunus Moosa and Tulio de Oliveira.

What they found in that hospital center was panic. 'Everyone wanted to discuss everything, it was impossible to speak to one person. We spent the first four or five hours asking them to calm down,' explains De Oliveira in a Skype conversation. Moosa also participates in this three-way call: 'The workers had anxiety, the patients and their families were hysterical and the management did not know very well how to deal with all this.' They filled them with questions: Should we call patients who might have been exposed? What do we do if they test positive? Should we tell them to stay home? Can we go home? Do we have to close the rooms in which there have been suspected cases?

The three infectious disease specialists were about to perform an exercise rarely seen with such a level of precision: the radiograph of the virus spreading within the walls of a hospital center. 'This could not be done in a country like Spain, where there are already many infected, it is only a feasible investigation when the contagion is in its first steps,' says De Oliveira, who recalls that South Africa established a tremendously strict confinement from the beginning. 'It is not an investigation that can be carried out if 100 new patients come in every day to saturate the facilities,' he stresses. South Africa is today the most positive country on the continent, almost 24,500 infected.

The first people they spoke to were three nurses. 'They were the ones who knew the most about the extent of infections,' says Moosa. They were locked up with them for several hours in an office in a secure area of the complex. From then on, they were the ones who asked the questions and compared everything with the data stored in the hospital's databases. Staff shifts, assigned tasks, symptoms, distribution of employees and patients in rooms.

Professors Lessells and Moosa at the entrance to the hospital, photographed by Oliveira.

This is the most comprehensive and specific study to date on how this virus develops within a hospital. The healthcare community has been one of the most affected by infections worldwide. His story spans 37 pages that tell in an almost fictional way those days when they spoke for hours with dozens of healthcare workers, patients and family members. They break down how they analyzed hospital plans, medical records, and genetic test results. How they telephoned people who had passed through the facility and asked to be retested if they had symptoms of covid-19. Such a close examination that the reader can almost visualize the virus jumping from person to person.

Three weeks with 14-hour work days in San Agustín. 'We have thoroughly enjoyed each step, we knew that if we did not do our job well, it would not serve to protect the hospitals,' says De Oliveira. Their conclusions shed light on one of the big questions that scientists around the world have focused on since the start of the pandemic: how does it get transmitted? 'The virus does not fly through the air. This research clearly determines that the main focus of contagion is the hands of the toilets who treat different people and the material they use. If the surface of a machine has not been disinfected, it is highly contagious, 'says Moosa.

Until April 30, the date up to which the investigation covers, this hospital confirmed 119 cases, 80 of them from health workers. Another interesting conclusion is that none of the toilets acquired the virus in the infectious disease area, but in other areas. This may be because the measures are relaxed if less risk is considered.

The virus does not fly through the air. This research clearly determines that the main focus of contagion is the hands of the toilets who treat different people and the material they use

The lessons of this project are already applied in this center and in others in the country, its authors have been giving training seminars for weeks. And they can also be applied to other contexts and to future epidemics. 'Create specific patient rooms for covid-19, push the cleanliness of the utensils to the limit, not move a patient with the virus everywhere …', lists Mossa.

The scientists involved themselves funded this project with funds from their department at the University of KwaZulu-Natal to ensure that it was completely independent. 'We did not want any shadow of doubt about interference from either the government or the network of private hospitals,' says De Oliveira.

This team already had previous experience in tracking infections in hospital centers, so they were chosen. Fifteen years ago they were involved in the analysis of a case of transmission of HIV and hepatitis C to 400 children in one in Libya. He also investigated how an HIV baby whose mother did not have HIV was infected. Thanks to his search, they found out that he had acquired it because his aunt, who was positive, had breastfed him.