An investigation has found there were 119 confirmed cases of coronavirus identified at Durban's St Augustine's Hospital by the end of last month. The probe into the COVID-19 outbreak at the hospital was led by a team at UKZN. 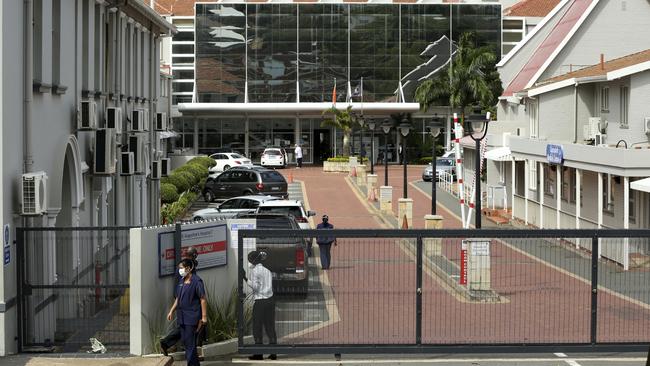 ST AUGUSTINE'S in Durban, one of two hospitals which were closed due to Covid-19 scares. Picture: Doctor Ngcobo African News Agency (ANA)

In a statement released by the university, it says those infected include 39 patients and 80 staff members.

The investigation found that between the 9th of March and 30th of April 2020, there were 119 confirmed cases identified at St. Augustine's Hospital (39 patients and 80 staff). Fifteen of the 39 patients died (case fatality rate 38.5%).

"The most plausible explanation for the outbreak is that there was a single introduction of the severe acute respiratory syndrome-related coronavirus 2 (SARS?CoV?2) to the hospital in early March, most likely through transmission from a patient being assessed for COVID-19 in the emergency department to another patient being admitted at the same time with a suspected stroke."

The virus then spread widely through the hospital, involving patients and health care workers in at least five different wards."

Fifteen of the infected patients have died. None of the staff died from the disease but 14 needed hospitalization.

The investigation found the outbreak at the hospital led to clusters of cases at a local nursing home.

Professor de Oliveira says the investigation also revealed that the outbreak at St. Augustine's Hospital led to clusters of COVID-19 cases in a local nursing home (four residents) and in an outpatient dialysis unit operated by National Renal Care on the hospital campus (nine patients and eight staff members).

'Overall, we estimate that the hospital outbreak and its spread to these other institutions accounted for about 14% of COVID-19 cases in KwaZulu?Natal reported up to 30 April. This highlights the risk that outbreaks like this become what we call ‘amplifiers' of transmission, that is they fuel transmission in the wider community, " the statement said.

The team believes the first patient was infected in the emergency unit - and that the hospital wasn't aware she had contracted the virus.

"To us, our findings highlighted how easily and quickly this virus can spread through a hospital. The initial spread of the virus was not recognised at the time, because the first patient who we think was infected in the emergency department was not initially suspected of having COVID-19," said the statement.

"She did not have any of the typical risk factors and initially only had a fever without cough or other respiratory symptoms. By the time she was diagnosed with COVID-19 and the hospital began responding to the outbreak, several other patients and health care workers had already been infected.'

Investigations into the outbreak at the hospital began on 4 April after the identification of 13 confirmed COVID?19 cases and three deaths at the hospital.