The extended five-week national lockdown has postponed South Africa's worst-case Covid-19 scenario to September, a government projection shows. March was arguably the busiest month for President Cyril Ramaphosa in his tenure as head of state. Every other day, the President is putting out fires. 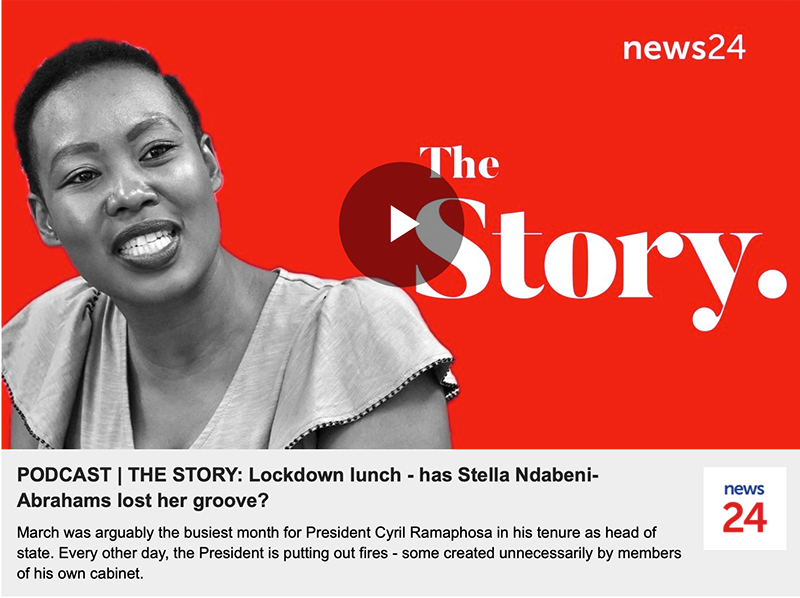 With no lockdown, South Africa was estimated to reach its peak coronavirus infections in July. A five-week lockdown, that has paralysed the economy, is buying the government two more months to prepare for a flooding of hospitals at the end of winter.

This is according to a presentation made to Parliament's portfolio committee on health this week by the acting director general of the department of health, Anban Pillay, a copy of which News24 has obtained.

It is the most detailed official analysis yet of the current situation that has been made public since the first infection was reported at the beginning of March.

Other key findings in Pillay's presentation include:

In a worst-case scenario, Gauteng would see over 1.5 million Covid-19 infections at the end of winter, followed by KwaZulu-Natal with one million;

The country has less than half the number of ventilators needed to deal with peak infection. Public and private hospitals currently have a total of 3 216 ventilators, compared to the 7 000 we need, and

The country currently has 4 909 critical care hospital beds available, but the need for beds in intensive care units could exceed 14 700 at the highest level of infection.

The government's "readiness for worst case scenario" plan was informed by research from UCT's Modelling and Simulation Hub Africa. According to this scenario, if the lockdown was suspended this Thursday after three weeks, the peak would have hit the country around 18 August.

Pillay told MPs during a digital meeting of the committee that the health department is seeing a different trajectory in the infection rate compared to countries such as South Korea, Britain, the United States and Spain.

According to Pillay's presentation, based on statistics prepared by Professor Tulio de Oliveira of the KwaZulu-Natal Research Innovation & Sequencing Platform (KRISP), the gradient of the curve is flatter than some countries which have been seriously affected.

The presentation, which also covers the state of readiness of both the public and private sector, tracking and tracing strategy as well as detail about hotspots across the country, was given to MPs the day after President Cyril Ramaphosa on Wednesday announced an extension to the lockdown until the end of April.

Although Ramaphosa said there is "sufficient evidence" to show the lockdown is working, but that it is too early to make a "definitive analysis of the progression of the disease", he did not expand on which datasets, epidemiological modelling, or projections the government used to base its decision on to expand the lockdown.

It is known that the National Health Laboratory Service (NHLS), that conducts testing on behalf of government, is not close to reaching is target of 36 000 tests per day.

The president did consult widely before he announced his decision, including with opposition leaders, provincial premiers and representatives of business and labour, but he has not made public what the exact statistics or projections which informed the decision to extend the lockdown from three to five weeks are.

The presidency on Friday and Saturday did not respond to questions for comment.

A detailed set of questions was sent to presidential spokesperson Khusela Diko on Friday enquiring what metrics the national command council, which is co-ordinating the government's response to the coronavirus, used to determine that the lockdown must be extended. She did not return a call or respond to a message on Saturday.

John Steenhuisen, the DA leader and leader of the opposition in the National Assembly, says the lack of data on the spread of the virus is concerning.

"There's a complete absence of empirical data or detail about which metrics government will use to measure whether the lockdown is successful or not. They're not playing open cards with the public."

A senior government official privy to the decision-making process said on Saturday afternoon Ramaphosa is informed "by the best brains in the country" before he makes decisions and that extending the lockdown was based on scientific evidence put before him.

The projections which swayed Ramaphosa are "scary", the official said, and added that government did not want to create panic.

Professor Cheryl Cohen, one of the lead epidemiologists at the National Institute for Communicable Diseases (NICD) told News24 that she hopes the projections given to government will be released soon.

Martin Kingston, the executive chairperson of Rothschild & Co in South Africa, who is co-ordinating the response to Covid-19 by all business formations through Business for South Africa, told News24 he is "satisfied" that the decision to extend the lockdown was based on "the best available scientific evidence at the time".

"We are in constant dynamic contact with government, from the minister of health to National Treasury, the department of labour and the department of trade and industry. I am absolutely satisfied that the decision was taken with the best available scientific evidence at the time.

"But we all know, and government acknowledges it, that testing is inadequate and needs to be expanded," he said.

The presentation made to MPs gives insight into the the healthcare system's state of readiness:

During peak infection in an optimistic scenario, and with one lockdown enforced, the peak need for beds in intensive care units could exceed 14 700 beds at the highest level, and 4 100 in the lowest level.

Siviwe Gwarube, the DA's spokesperson for health, says she is concerned that although the presentation went into more detail than anything seen before, there is still a lack of data available.

"We're trying to access data, but what we've got now is wholly inadequate."