HIV/AIDS researchers have never understood why people infected with HIV developed Aids at different times? but now they suspect that it all has to do with their genes. A study by South African and US researchers (Ramsuran et al. Science 2018) has shed new light on how specific genes in people can lead to the faster progression of Aids-related illnesses in people living with HIV who are not on treatment. 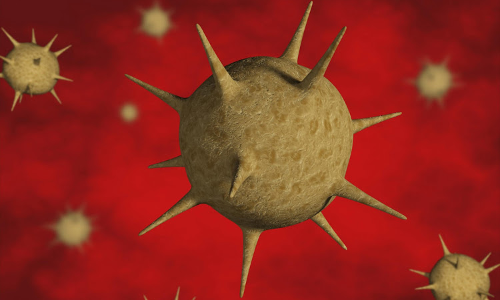 The study, which polled 9,763 people living with HIV in South Africa and the US, showed that individuals with the specific HLA type progress from asymptomatic HIV infection to becoming ill with Aids faster. Image: Gallo Images/Thinkstock

The study, published in the prestigious journal Science, was led by South African scientists who, together with an international research team, discovered that a specific-type Human Leucocyte (HLA) gene helps infected cells to evade the body's first line of defence.

The study, which polled 9,763 people living with HIV in South Africa and the US, showed that individuals with the specific HLA type progress from asymptomatic HIV infection to becoming ill with Aids faster.

The viral load in these individuals was higher and their CD4 immune cells were destroyed more rapidly, before they started antiretroviral treatment.

It is estimated that about two million people, of about seven million living with HIV in the country, have this specific HLA type.

Acclaimed HIV/Aids expert Professor Salim Abdool Karim said they had known for a long time that if 10 people became infected with HIV, each of them would develop Aids at different times, but they never knew the reason.

'That's so important because it tells us for the first time why some people get Aids and why others don,t get Aids for a long time.'

Karim said the study's findings highlighted the importance of regular HIV testing, 'so that people with HIV can get to know their status and start antiretroviral treatment early, well before they become ill with Aids.'

He said the finding had now opened the door to look at whether a new drug being developed for cancer would be able to slow down the development of Aids.

The research team included scientists from the KwaZulu-Natal Research Innovation and Sequencing Platform (KRISP), the Centre for the Aids Programme Research in South Africa (CAPRISA) and the Human Pathogenesis Programme (HPP) based at the University of KwaZulu-Natal and researchers from the US National Institutes of Health, the Ragon Institute.

'I was pleasantly surprised by the findings as I expected the opposite results since the HLA genes were thought to protect against viruses,' said Dr Veron Ramsuran, co-leader of the study who is a scientist at KRISP and CAPRISA.

Dr Vivek Naranbhai, a South African physician and scientist currently at Harvard University - who is affiliated to Oxford University, CAPRISA and Ragon Institute - said this was the largest genetic study on HIV thus far.

'Moreover, these findings are exciting because drugs to target the HLA interaction with immune cells are being developed for cancer but may be repurposed for HIV treatment and cure strategies.'

Dr Mary Carrington, director of the Basic Science Programme at the Frederick National Laboratory for Cancer Research of the National Institute of Health, said: 'Our results show that expression levels of these genes contribute to the overall effect of HLA variation on HIV control through the innate, as well as the adaptive immune response. Now we must carefully consider how to use this information for the benefit of patients with HIV.'