Mercury Reporter, Durban, KwaZulu-Natal, 19 Jan 2018: Scientists led an in ternational research team which discovered new genetic markers that identify why the onset of Aids appears to occur so quickly in some people after they are infected with HIV The study published in the journal Science (Ramsuran et al. Science 2018), sheds new light on how specific human genes can lead to a faster deterioration for people living with HIV who are not on treatment.

The scientists' work, which involved research with 9 763 people with HIV in South Africa and the US, showed that individuals with the specific gene complex progress from being without symptoms to becoming ill with Aids faster.

In these individuals, their viral load was higher and their CD4 immune cells were destroyed more rapidly, before they started antiretroviral treatment. 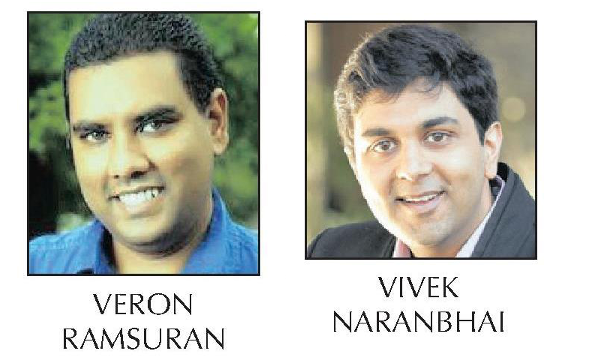 About two million of seven million people living with HIV in South Africa have this specific HLA type.

The team included scientists from the KwaZuluNatal Research Innovation and Sequencing Platform (Krisp), the Centre for the Aids Programme of Research in South Africa Caprisa and the Human Pathogenesis Programme HPP all based at the University of KwaZuluNatal UKZN together with researchers from the US National Institutes of Health, the Ragon Institute and researchers from Harvard, Oxford, Vanderbilt, Northwestern and Stanford Universities, Icahn School of Medicine at Mount Sinai, Ecole Polytechnique Federale de Lausanne, MIT, Walter Reed Army Institute of Research, University of California San Francisco, San Francisco Department of Health and Microsoft.

Most of the laboratory research, led by Dr Veron Ramsuran and Dr Vivek Naranbhai, was conducted at the Frederick National Laboratory for Cancer Research FNLCR, the Ragon Institute of the Massachusetts General Hospital and at the Krisp laboratories at Nelson R Mandela School of Medicine at UKZN.

The findings were the culmination of five years of research, which included postdoctoral studies by Ramsuran with Dr Mary Carrington at FNCLR.

The team conducted additional laboratory experiments with cells in test tubes, including those assessing HIV infectivity.

These confirmed that the gene had a direct effect on killer cells and that blocking the interaction between the two with certain drugs reverses this effect.

'I was pleasantly surprised by the findings as I expected the opposite results since the HLA genes were thought to protect against viruses', said Ramsuran.

'The human genome contains genes that help to guard the body against bacteria or viruses. We have now shown a potential detrimental effect of specific HLA types in people living with HIV who are not on treatment. Further, we now understand that this is due to the interaction between HLAA expression and NK cells', he said.

'Drugs to target the HLA interaction with immune cells are being developed for cancer but may be repurposed for HIV treatment,' said Naranbhai.

'These results open a new door to understanding why some people become sick with Aids so soon after acquiring HIV infection', said Professor Salim Abdool Karim, Director of Caprisa and Pro ViceChancellor Research at UKZN. He said regular testing and knowing one's status was important.